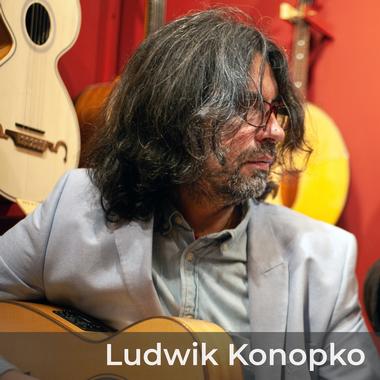 Country: Poland
Ludwik Konopko, a gifted Polish guitarist and composer, recognized for his creativity, musical feeling, and impressive guitar technique, combines diverse styles including Jazz, Blues, Flamenco, Folk, and World, among others. Ludwik was born in Lviv and had been living in Poland since 1991. He had his first public appearance as a guitarist at age 19 when he performed in an orchestra at the Lviv National Philharmonic. In 1989, he co-created his first band, Tea Fan Club (TFC), which is still considered a legendary musical project in Ukraine.
View
Sort By
Genres
Vocals